Before watching this blog, I suggest you already known what is virtual function and already known some basic stuff about C++ class.

Recently I am reviewing the memory layout of C++ class and I have encountered the following series of problems:

For the first question, the answer is during the compilation stage, every call to a member function of a class is translated. We know that after a function is compiled, it will be placed into the read-only code segment, so the address of this function won’t change during the ruining time. 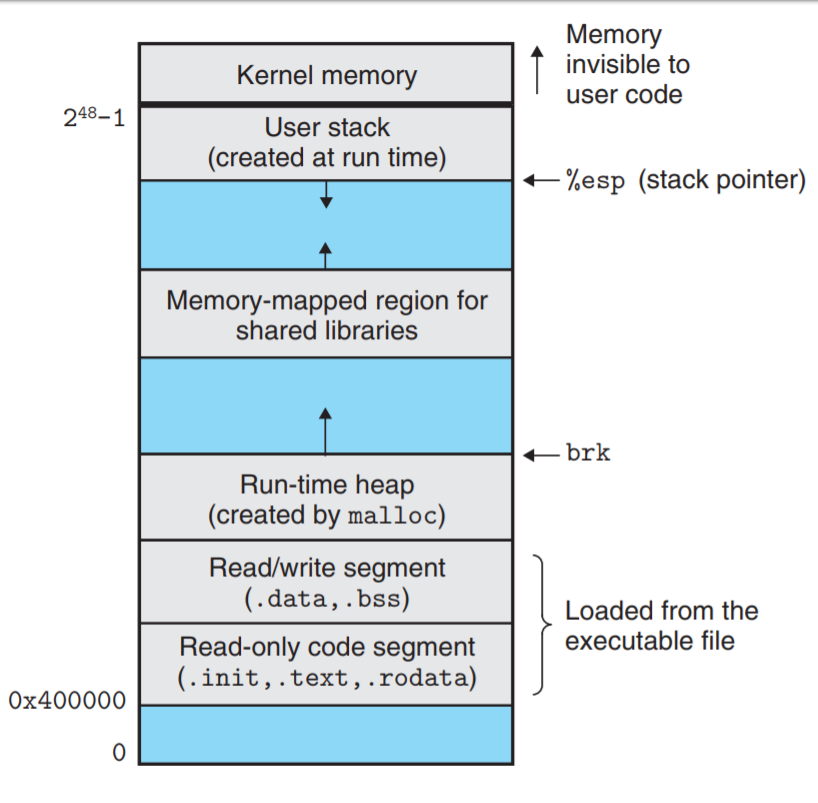 In addition, for any member function, it has a hidden parameter corresponding to the instance that calling it:

Since we have such nice properties, the compiler simply translate each function call into above format, so we don’t need to store a pointer inside a class to point to its member function.

I thought the answer is it contains two vpointers, the memory layout of child class looks like:

The reason is I found that I can still access parent’s virtual function by doing child.Parent::function(), but it is wrong because this is in fact call though another mechanism rather than using vtable: Instead of finding the function in the vtable, it finds Parent::function() in the code segment, and pass the instance (derived instance, but it is still acceptable by base class’s function) into the function.

So the answer to question 2 is only 1 vpointer.