About three or four years ago, I was development my first indie game, and my main character have a gun, well if you know something about unity, you know what happened, the bullet go through enemy because of the tunnel effect because of the velocity is too large. At that time I know little about unity so my solution was just slow down the bullet.

However, there is a solution provided by Unity itself somehow I missed it, so I decided to write something about it.

In Rigidbody component, there is a setting of collision detection that you can choose one of four detection mode:

Before look into these mode, let’s review some collision algorithm. Consider a situation, we have a mess number of object in our space, and we want to report all object that intersect with others, if we compare every pair of objects, it will takes $O(n^2)$, not bad, but if we calculate it every frame, for Unity, it will be calculated in FixedUpdate which is called 50 times per second by default, it will be come a problem, so we would like to filter some object that’s unlikely to collide.

For broad phase of collision detection, we combine 3 methods:

AABB, stand for Axis align bounding box, is a technology that bounding object with the minimal rectangle or cuboid which edges parallel to the x, y and maybe z axis. 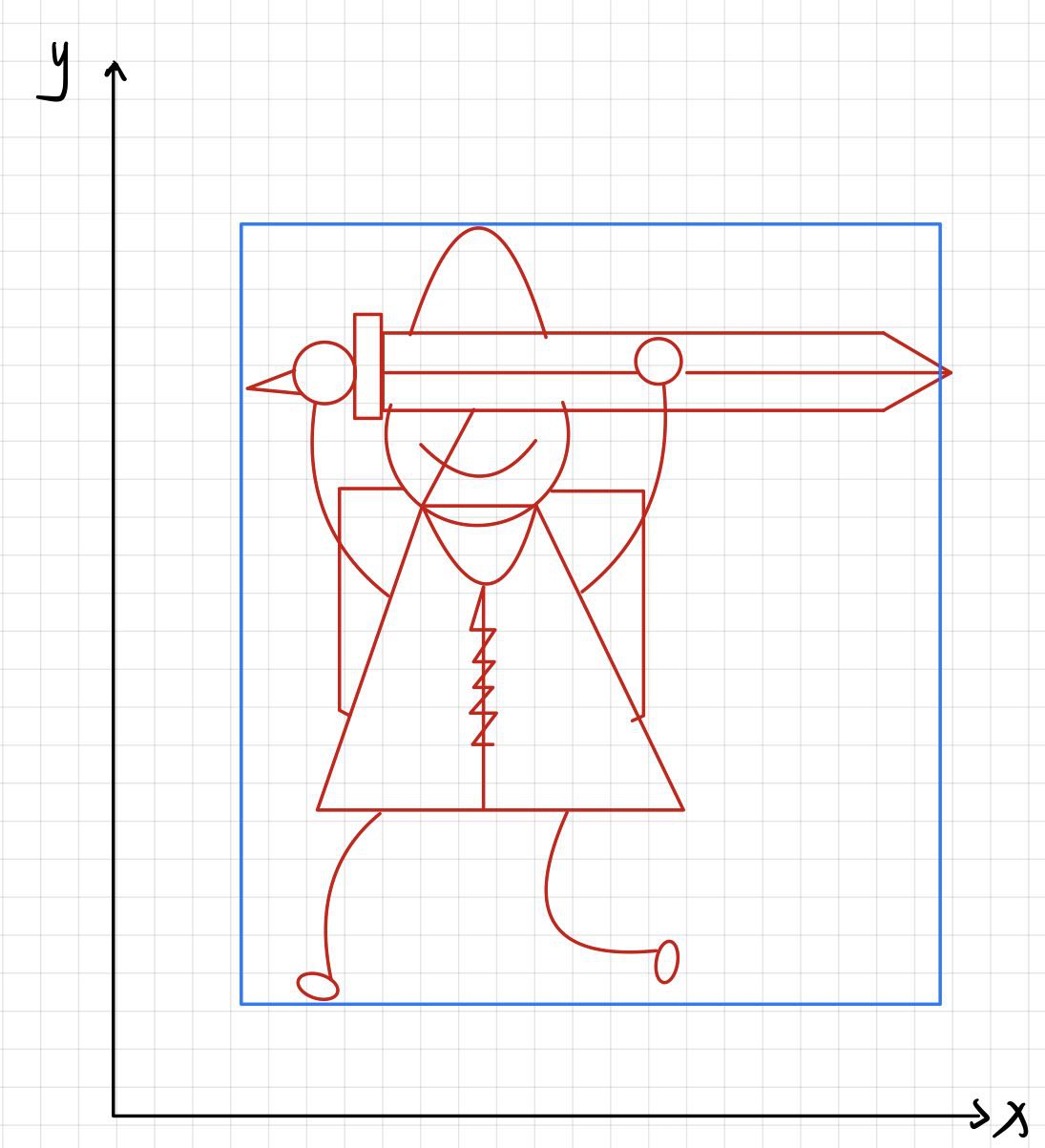 By this simplification, we don’t care about the detail of object anymore and the collision detection algorithm will become very simple and fast: we just need to check whether these object’s projections overlap in the x, y and maybe z axes.

After bounding objects, do we need to check each pair of object? If so, the time complexity wouldn’t improve much. We can construct the world space to some data structure which is easy for insert, delete and query, and we only check collision in a certain sub-area that contain more than one object. Well then the answer will be clear, we can use range-tree, kd-tree, quadtree, octree and many other solutions. Another problem we need to care about is the granularity of the space division. 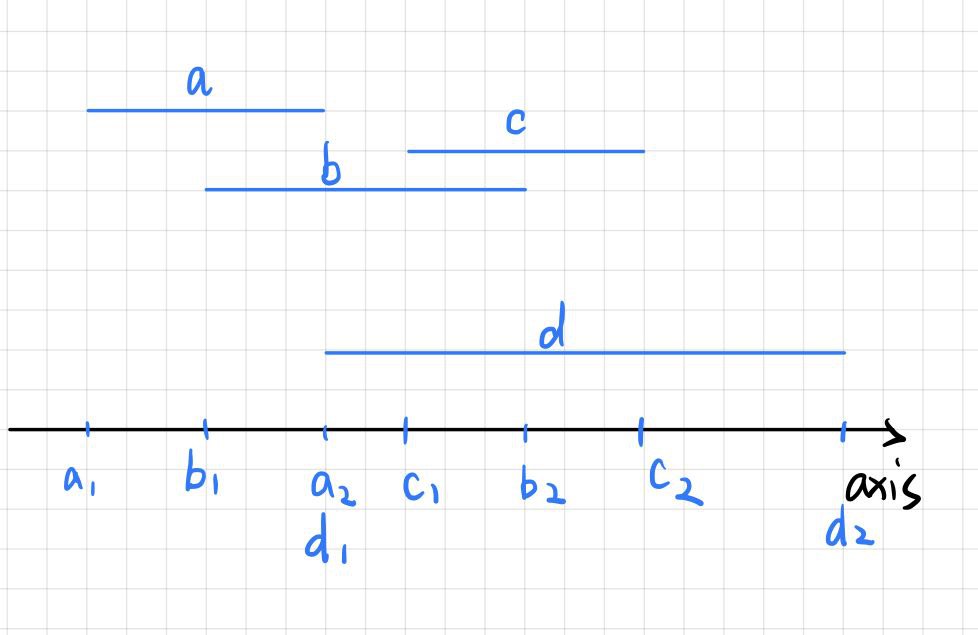 So what about the time complexity? Well sweep-line algorithm takes $O(n)$ but the data need to be sorted, which takes another $O(n\log n)$, but according to the frame coherence, the relative position between objects wouldn’t change much in two adjacent frames, so we can consider that every sort algorithm is run under a good enough situation, and some algorithm for example insert sorting algorithm can be done in $O(n)$, so the overall time complexity is $O(n)$.

Discrete mode simply check collision in each frame by treat objects as static, it doesn’t consider any velocity or physics stuff, so if a wall is very thin and a object might pass through it in one frame.

Calculate the position of the object in next frame using the linear motion’s velocity, and check if there exists any object between these two position.

However, this algorithm ignore the angular motion of the object and that might cause fellow problem: